In the post independence period, the most important challenge in India has been to produce enough food for the growing population. Hence, high-yielding varieties are being used with infusion of irrigation water, fertilizers, or pesticides. This combination of high-yielding production technology has helped the country develop a food surplus as well as contributing to concerns of soil health, environmental pollution, pesticide toxicity, and sustainability of agricultural production. Scientists and policy planners are, therefore, reassessing agricultural practices which relied more on biological inputs rather than heavy usage of chemical fertilizers and pesticides. Organic farming can provide quality food without adversely affecting the soil's health and the environment; however, a concern is whether large-scale organic farming will produce enough food for India's large population. Certified organic products including all varieties of food products including basmati rice, pulses, honey, tea, spices, coffee, oilseeds, fruits, cereals, herbal medicines, and their value-added products are produced in India. Non edible organic products include cotton, garments, cosmetics, functional food products, body care products, and similar products. The production of these organic crops and products is reviewed with regard to sustainable agriculture in northern India. 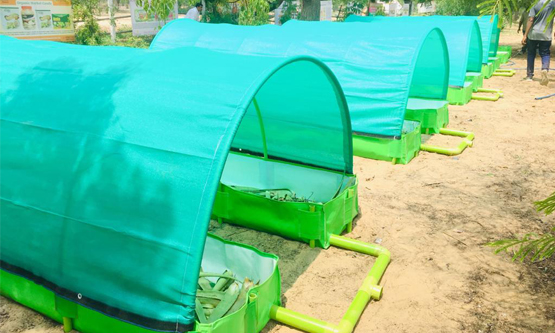 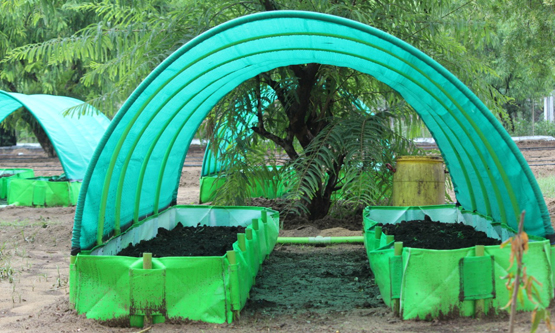 In recent years the environment has been a hot topic for debate. It is clear the majority of people are concerned not only about their own health but also the health of the earth we are leaving to our children and grandchildren. 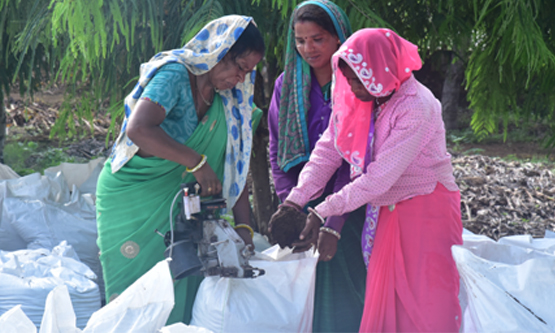 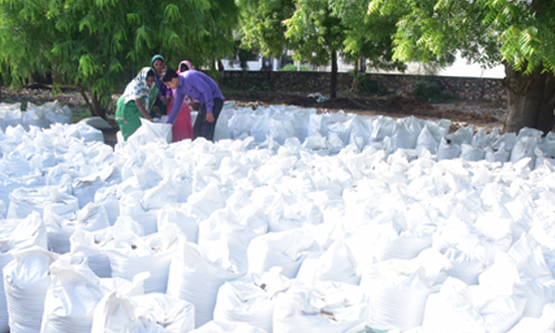 In some instances the effect of overusing chemicals is clear. There have been documented cases where a whole lake full of fish have died because of chemicals leeching into the lake or the depletion of our ozone, or the coral reefs dying out because of the chemicals in sunscreen and what we are dumping in both our soil and in our waterways. Many businesses are changing what they are putting in their products, how they are disposing of it. 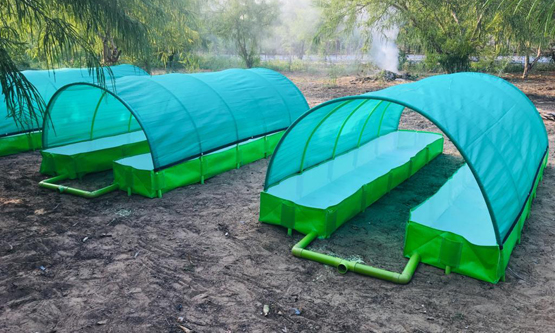 "Organic," simply put, means naturally occurring substances that are not altered. For example, fertilizers would include things like bone meal, blood meal, cottonseed meal, chicken poop, etc. Fungicides and pesticides would include essential oils such as thyme oil, neem oil, sesame oils, etc. and pyrethrins (extract from chrysanthemum flowers). Bear in mind that not many products will be 100% organic. 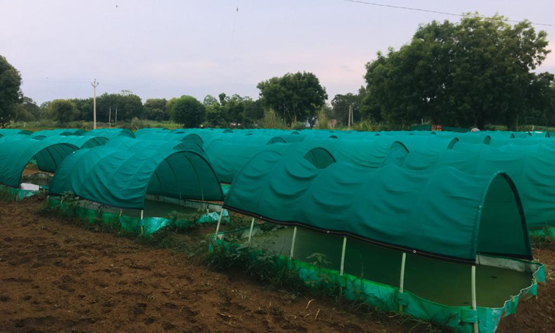 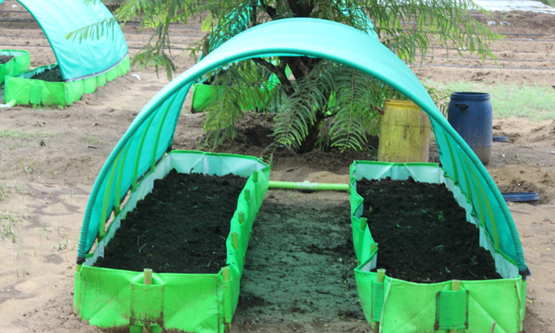 The benefits of organics far outweigh the benefits of the synthetic (man-made) products. Other than the obvious kindness to our environment, organic fertilizers continue to build up and enrich our soils. They generally will last longer and therefore you would feed less. A granular organic fertilizer usually lasts about six (6) weeks compared to synthetic fertilizer which lasts approximately four (4) weeks. Moreover, a synthetic fertilizer will start to kill off the micro-organisms in the soil over a period of time. Why are micro-organisms important? Because they help decompose organic matter, replenish soil nutrients, promote root growth, increase nutrient uptake, and break down herbicides and pesticides. 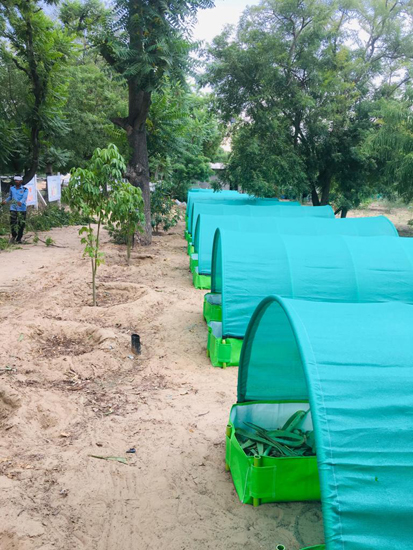 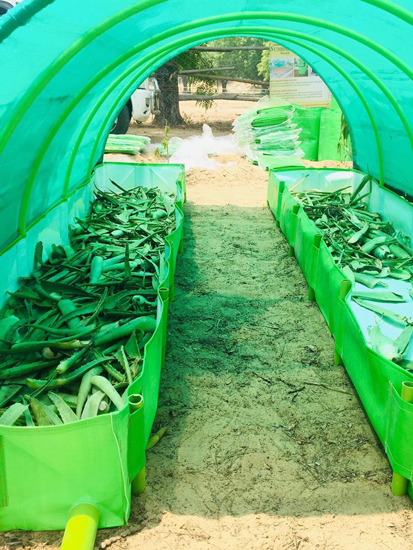 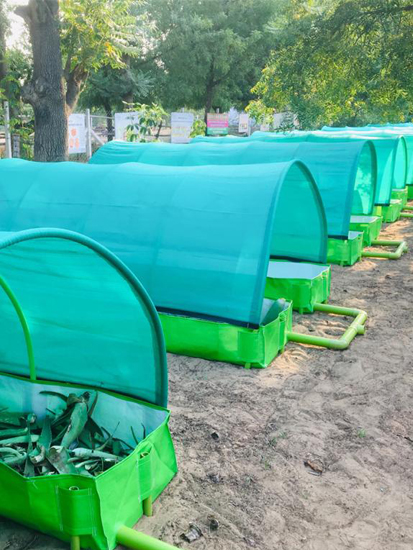 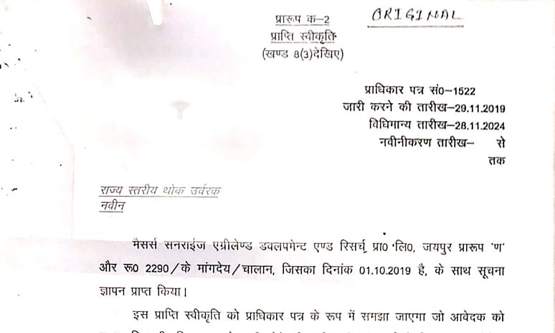 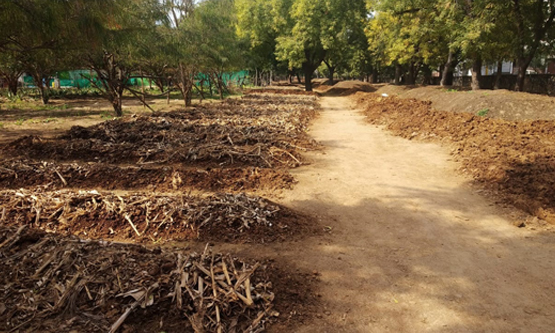 The crop removes large quantity of plant nutrients from soil, particularly the removal of NPK nutrients at the present level of crop production has been estimated at 125 kg/ha/annum whereas the annual addition is not more than 75 kg resulting in depletion of the nutrient reserve of soil. The excessive reliance on chemical fertilizers and the negligence shown to the conservation and use of organic sources of nutrients have not only caused the exhaustion of soil of its nutrient reserves but also resulted in soil health problems not conducive to achieving consistent increase in agricultural production. Moreover, Indian soils are poor in organic matter and in major plant nutrients. Soil organic matter is the key to soil fertility and productivity. In the absence of organic matter, the soil is a mixture of sand, silt and clay. Organic matter induces life into this inert mixture and promotes biological activities. Although the beneficial influence of organic matter on the physical, chemical and biological properties of the soil is widely known, the full appreciation of the same remains largely ignored in modern agriculture. The regular recycling of organic wastes in the soil is the most efficient method of maintaining optimum levels of soil organic matter. Recycling of organic matter in the soil should become a regular feature of modern agriculture. In the traditional agriculture, followed over generations in India, the use of plant and animal wastes as a source of plant nutrient was the accepted practice. The importance and aim of organic manures and green manure crops have failed to be recognized in modern agriculture.

Excessive use of chemical fertilizers and other agro chemicals, which are the important inputs in modern farming, creates depletion in soil fertility and pollution in surface water bodies.

Carbon present in soil is in the form of organic matter. The organic materials most commonly used to improve soil conditions and fertility include farm yard manure (FYM), animal wastes, crop residues, urban organic wastes (either as such or composted), green manures, bio-gas spent slurry, microbial preparations, Vermicompost and biodynamic preparations. Sewage sludge and some of the industrial wastes also find application in agriculture.

For all organic matter, atmospheric carbon dioxide serves as the main source of carbon. Carbon dioxide is converted to organic carbon largely by the action of photoautotrophic organisms; the higher green plants on land and algae in aquatic habitats. Carbon is being contentiously fixed into organic form through the process of photosynthesis and once bound; the carbon becomes unavailable for use in the generation of new plant life.

Carbon fixation involves a reduction of carbon dioxide by hydrogen donor NADPH (reduced form of the co-enzyme nicotinamide adenine dinucleotide phosphate, NADP) and the synthesis of carbohydrate from reduced carbon through complex cyclic mechanism called the Calvin cycle. Carbon dioxide constitutes only 0.03 percent by volume of the earth's atmosphere. It has been estimated that the vegetation of the earth's surface consumes some 90 billion kg carbon dioxide per annum, about one twenty - fifth of the total supply of the atmosphere and that the total supply of carbon dioxide would be completely exhausted in twenty years at the present rate of photosynthesis , if not replenished by decomposition of organic materials.

As the availability of carbon dioxide on the earth's surface is very limited, it must be recycled. Upon the death of the plants and animals, microbiological metabolism assumes the dominant role in cyclic sequence. The dead tissues added to soil undergo decay and are transformed into microbial cells and a vast heterogeneous body of carbonaceous compounds. According to the different stages of decomposition, the soil organic matter becomes available in distinct fractions.

Farm yard manure made from cattle dung, excreta of other animals, animal tissues and excretory products, and compost from rural and urban wastes, crop residues and green-manure are collectively designated as bulky organic manures because of their low contents of major nutrients, while materials like oil cakes, fish meal, animal meal, poultry manures, slaughter house wastes containing comparatively higher contents of plant nutrients are grouped under concentrated organic manures. In general organic manures containing upto two percent nitrogen are included in bulky category and those with more than two percent nitrogen are treated as concentrated.

Please Note, the information published in this website has been compiled from different sources and places (such as - various agriculture universities, government agricultural offices, various agriculture based websites, farmers and others) which can be changed according to person, place, situation and management practices, this information has been given for information only. We request the readers that, using their discretion, you can take discretion in this regard; your decision will be purely based on your own discretion in which our organization will not make any interference.